Elaine Chew is Principal Investigator of the ERC ADG project COSMOS. Her research centers on the mathematical and computational modeling of musical structures, with present focus on structures as they are communicated in performance and in ECG traces of cardiac arrhythmias. As a pianist, she has collaborated with composers to create and première new works, and she frequently designs and performs in concerts that present visualizations and compositions created in her research team. She is past recipient of PECASE/CAREER awards and Fellowships at the Radcliffe Institute for Advanced Studies|Harvard in the US. Her research has been supported by the ERC, EPSRC, AHRC, and NSF, and featured on BBC World Service/Radio 3, Smithsonian Magazine, Philadelphia Inquirer, Wired Blog, MIT Technology Review, and Los Angeles Philharmonic’s Inside the Music. She has also recorded on Albany and Neuma Records. 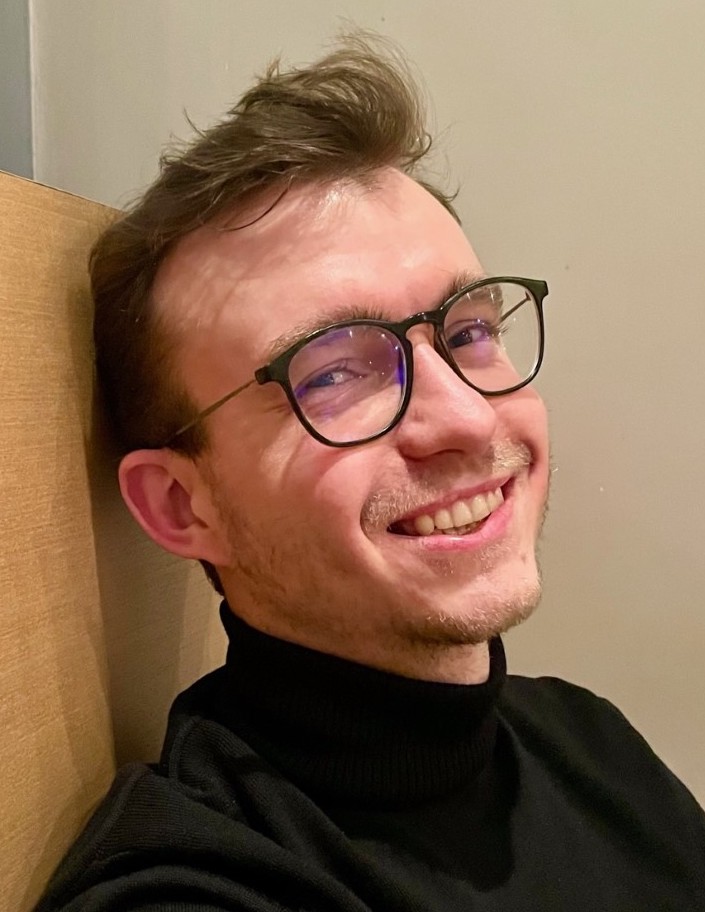 Mateusz Solinski, Postdoctoral Researcher, is researching the effects of expressive music parameters on autonomic responses and investigating the connections between the perception of music and physiology. Mateusz received his PhD in Physical Sciences at Warsaw University of Technology, Faculty of Physics, Cardiovascular Physics Group. At the same time, he gained experience as Data Scientist in medical companies and start-ups (Medicalgorithmics, AioCare) involved in the development of medical devices and telemedicine systems. He participated in multiple commercial projects, clinical trials and challenges concerning the analysis of multiple electrophysiological signals, particularly ECG and heart rate variability. His PhD thesis focused on the influence of short-term changes in the persistence of the RR time interval series on heart rate variability during sleep. Daniel Bedoya, PhD student, designs citizen science experiments to help understand musical structures created in performance, and analyzes the perception of musical structures in performed music and physiological responses to these performed structures. He has an undergraduate degree in Sound Engineering (UDLA Quito-Ecuador) and a Master’s degree in Computer Science, Acoustics and Signal Processing Applied to Music (ATIAM – IRCAM-Sorbonne Université). Previously, he was a research assistant with Jean-Julien Aucouturier in the Perception and Sound Design (PDS) Team on the relationship of music and emotions in the ERC project CREAM and explored the influence of smiled speech in dyadic interactions in the REFLETS project. Emma Frid, Postdoctoral Fellow, is a Swedish Research Council International Postdoctoral Scholarship recipient hosted by the COSMOS project at the STMS Laboratory. Emma’s project is titled Accessible digital musical instruments – Multimodal feedback and artificial intelligence for improved musical frontiers for people with disabilities, in the “Medical technology, other medicine and health care” category. The scholarship is administered by the KTH Royal Institute of Technology in Stockholm. Emma received her PhD in January 2020 from KTH, in Sound and Music Computing from the Division of Media Technology and Interaction Design. Her PhD thesis, entitled “Diverse Sounds – Enabling Inclusive Sonic Interaction,” focused on how Sonic Interaction Design can be used to promote inclusion and diversity in music-making. Lawrence Fyfe, Research Engineer, is creating web-based visualisation software and database infrastructure to harness volunteer thinking in the project’s citizen science modules. Lawrence received his PhD in Computational Media Design from the University of Calgary and a Master’s degree in Music, Science and Technology from the Centre for Computer Research in Music and Acoustics (CCRMA) at Stanford University. Before joining the COSMOS project, he worked on a binaural telepresence system for the Digiscope project at INRIA. The Digiscope project connected various visualisation labs around Paris via telepresence (audio and video conferencing) to facilitate collaboration. Before that, Lawrence developed a web site for listening to sonified EEG data, which was used to facilitate the diagnosis of epileptic seizures. Emily Graber, Postdoctoral Fellow, is a Marie Skłodowska-Curie Fellow whose Ear Stretch project investigates the role of active tempo control in augmenting enjoyment of contemporary music as measured by physiological monitoring. After studying violin performance at the University of Michigan, Emily received her PhD at Stanford’s Center for Computer Research in Music and Acoustics in 2018. Her doctoral research with Takako Fujioka focused on how performers and listeners anticipate and experience musical tempo changes. Her dissertation, “Neural Correlates of Top-Down Musical Temporal Processing,” examined the process of temporal anticipation with neuroimaging. Following her PhD, Emily was a postdoctoral fellow at the Sunnybrook Research Institute in Toronto, where she examined how interactive musical training assists in rehabilitating speech processing in deaf adults with cochlear implants. Corentin Guichaoua, Postdoctoral Researcher, is researching mathematical and computational techniques for automatic extraction of musical structure in performed music and cardiac signals. Previously, he was a postdoc with Moreno Andreatta at the University of Strasbourg in the SMIR project, where he implemented algebraic and topologic methods for systematic analysis and comparison of pieces of music. He holds PhD and Master’s degrees in Computer Science from the University of Rennes 1, and a concurrent Masters of Science and Engineering (Diplôme d’Ingénieur) from INSA (Institut national des sciences appliquées). His doctoral thesis, supervised by Frédéric Bimbot, focused on compressed descriptions of chord sequences from pieces of music using formal models, in order to extract information on their structure. Paul Lascabettes, PhD student, is an ENS (Ecole normale supérieure Paris-Saclay) CDSN scholarship student hosted by the ERC ADG project COSMOS who recently joined the team. Paul completed a Masters in the ATIAM (IRCAM’s Masters degree in Acoustics, Signal Processing, and Computer Science Applied to Music) Program. As part of his Mathematics studies at the ENS Paris-Saclay, he recently concluded a year-long research exchange at the MARC Institute for Brain, Behaviour, and Development in the Western Sydney University in Australia, where he worked on computational pattern detection for the analysis of the fugues of Bach’s Well-Tempered Clavier with Andrew Milne and David Bulger. Charles Picasso, Heart.FM Engineer, is responsible for creating an app to deliver personalized music therapy to lower blood pressure based on physiological feedback. He has previously spent nine years at IRCAM working as a software engineer and contributed to OpenSource projects such as SuperCollider. Picasso is also an electronic music composer and sound designer. Classically trained as a musician, he started early as an electronic music producer and work as a composer for theatre companies, documentaries, films and exhibitions. His artistic work focus on abstract electronic soundscapes and is inspired by generative and experimental processes. His music is often depicted as contemplative and melancholic. Gonzalo Romero, ATIAM (IRCAM’s Masters degree in Acoustics, Signal Processing, and Computer Science Applied to Music) intern (Feb 2020-Sep 2020), is developing scalable algorithms for the automatic transcription of rhythmic variations, and applying the computational techniques to create symbolic representations of long arrhythmia ECG sequences for structural analysis. He received a Masters in Fundamental Mathematics at the Sorbonne University, and a Bachelor’s degree in Mathematics from Complutense University in Madrid, and a Bachelor’s degree in Composition from the Madrid Royal Conservatory (Real Conservatorio Superior de Música de Madrid). Gonzalo hails from a musical family and plays the violin and piano. Palace of Westminster as Queen Lies in State